“Architettura e/o Rivoluzione” up at the Castle. A Self-Convened Conference in Turin, April, 25, 1969

The paper aims to analyse the goals, the development and the consequences of the conference organized at the Faculty of Architecture of Turin by the "committee of assistants", with the support of colleagues and students from the humanities and scientific faculties too. With invited guests such as Archigram, Architecture Principe, Utopia, Yona Freedman, Archizoom, Paolo Soleri and Aldo Giurgola, participants in the debate such as Gianni Vattimo, Carlo Olmo, Gian Mario Bravo, Aimaro Isola, the two dense days scrupulously documented in minutes published by the magazine "Marcatré", provide a glimpse of the euphoric atmosphere and, in the meantime, of the uncertainty surrounding the social and political role of the project. In the speeches of the guests peep out themes such as the incipient ecological crisis, the overt crisis of the capitalist western city, the entrance of the "other" disciplines, the contamination with the North American laic project. From the presentations and the deriving debate emerge all the contradictions of the political confrontation and the professional scene, even harsh comparisons on the use of ideology that are explained by the successive paths of the protagonists: from autonomous careers in liminal fields such as design, to theoretical, to the communication of the architecture, up, in some cases, to the adhesion to the armed struggle that would soon have inflamed the country and somehow interrupted the growth of the debate. In this sense, the testimonies of some of the participants who wanted to return to the event are significant, proposing an evaluation fifty years later. 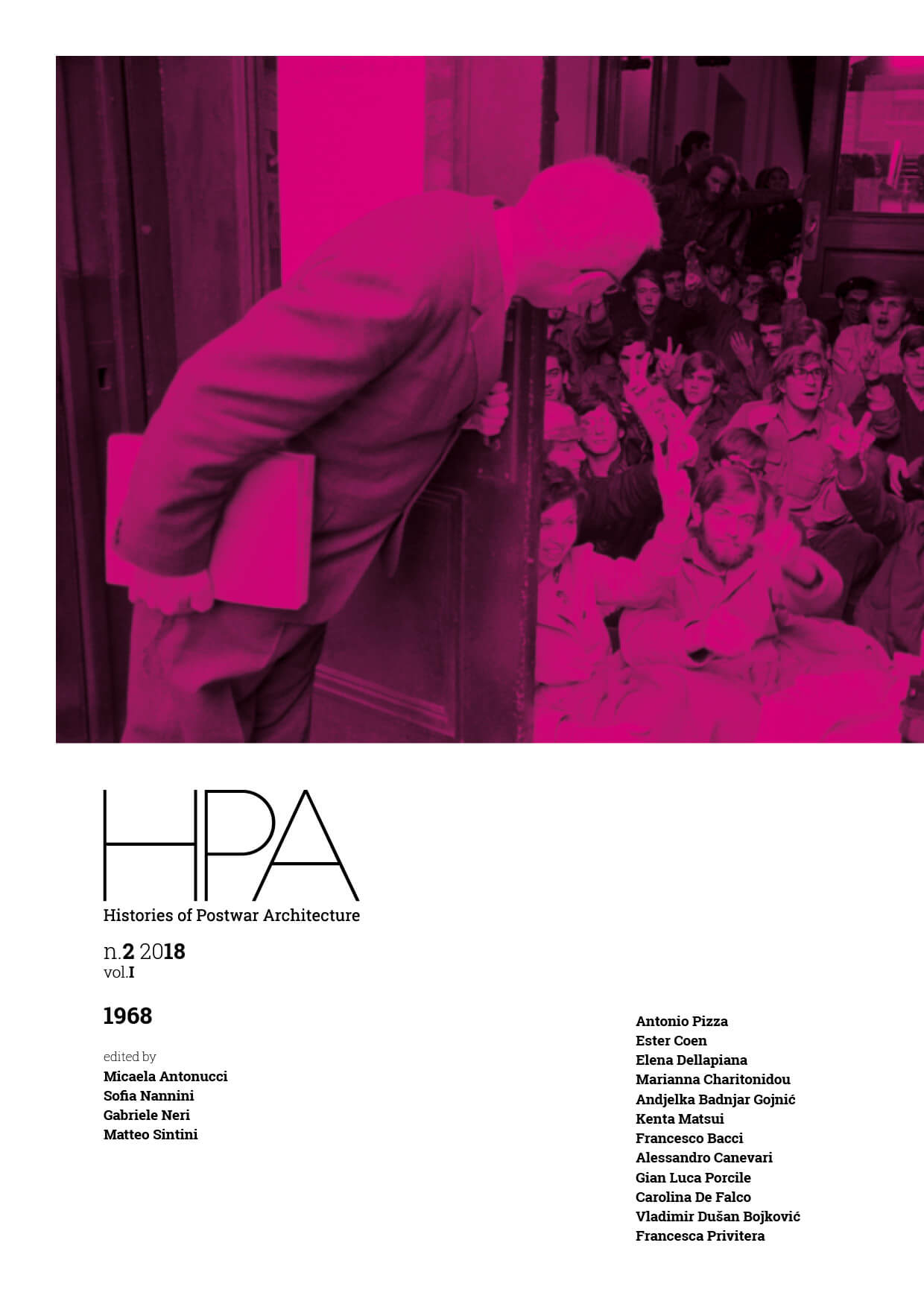