Committed, Politicized, or Operative: Figures of Engagement in Criticism from 1945 to Today - Call for Papers - HPA 7/2020 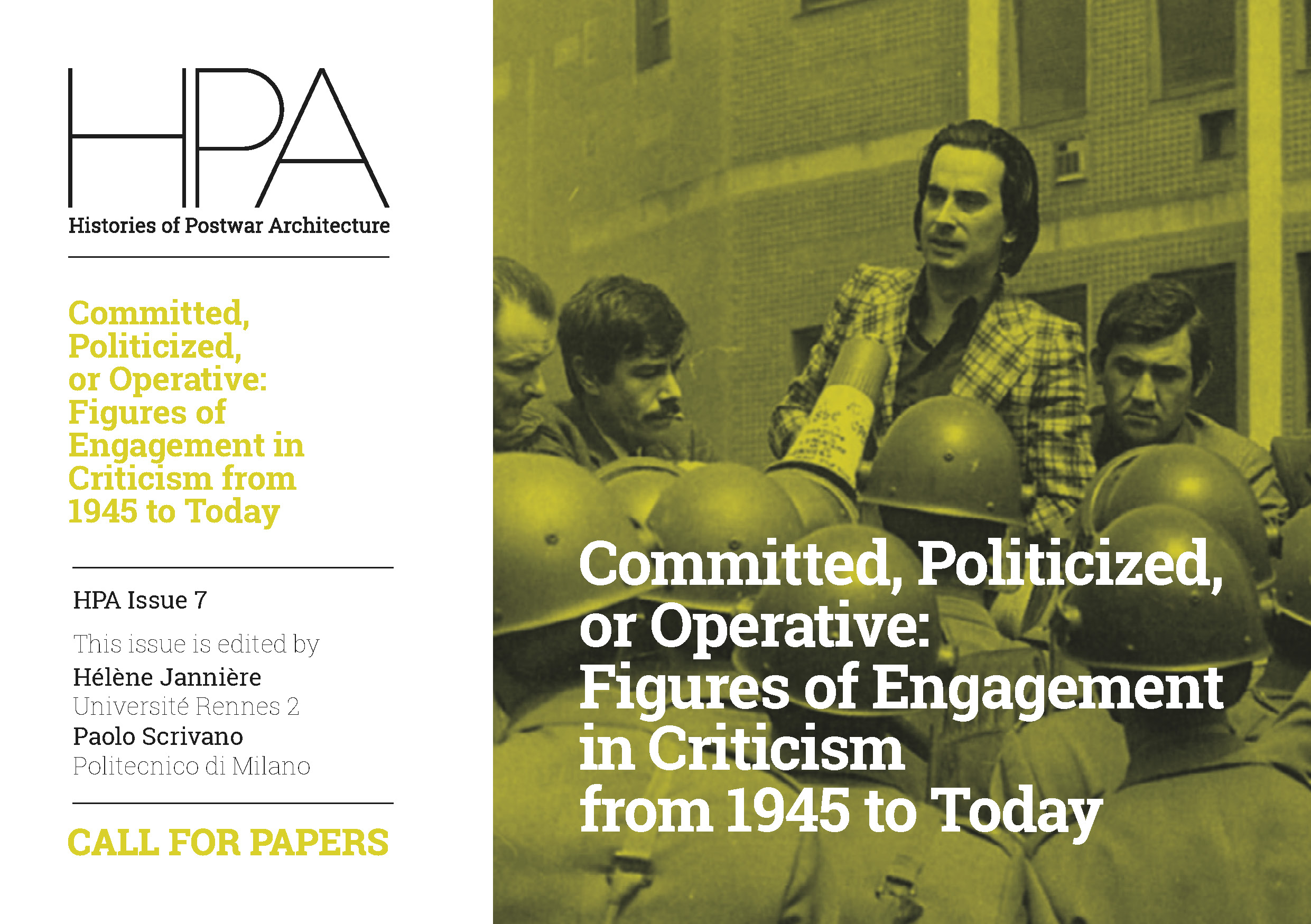 In a 1995 article on the renewal of architectural criticism, French architect and critic Bernard Huet referred to Charles Baudelaire to define art criticism as necessarily – in the poet’s words – “partial, impassionate, political”. During the 1990s, perhaps as a reaction to the 1980s, when in many specialized publications architectural criticism was identified as “communication” or even as promotion of architects and architectures, it emerged an extensive nostalgia for a notion of criticism associated to the historical avant-gardes. In this “committed” criticism or in the “politicized” one it was possible to emphasize the critic’s influential and active role in discovering, promoting, and intellectually supporting groups of artists or architects. The idea of a “golden age” of criticism has thus spread, being from time to time related to the end of the 19th century, to the 1920s, and to the 1960s and 1970s.

The issue of HPA intends to include contributions dealing with specific case studies or themes, with a periodization that spans from the end of the Second World War to the present date.

The guidelines for paper submission are available at https://hpa.unibo.it/about/submissions#authorGuidelines

Please, fill in the author’s profile with all the information required as:

Please submit the proposal in the form of MS Word (length between 20,000 and 50,000 characters). The submitted paper must be anonymous. Please delete from the text and file’s properties all information about name, administrator etc. Papers should clearly define the argument in relation to the available literature and indicate the sources which the paper is based on.

All papers received will go through a process of double-blind peer review before publication.

HPA also looks for contributions for the review section. https://hpa.unibo.it/about/editorialPolicies#sectionPolicies